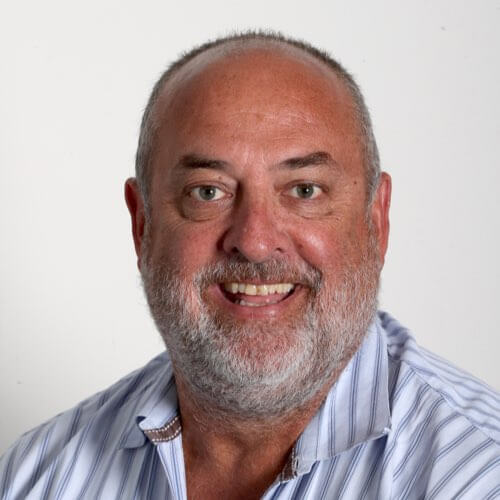 Mr Sean Harvey is Perseus Mining’s Non-Executive Chairman and a former Non-Executive Director of Perseus (from September 2009 to March 2017).

Mr Harvey has extensive experience in investment banking as well as executive management experience in the resources sector and brings valuable experience to assist the company as it seeks to broaden global market awareness of its growth as a West African gold producer. Mr. Harvey holds an Honours BA degree in Economics and Geography and an MA in Economics, both from Carleton University, an LLB from the University of Western Ontario and an MBA from the University of Toronto and he is a member of the Law Society of Upper Canada. 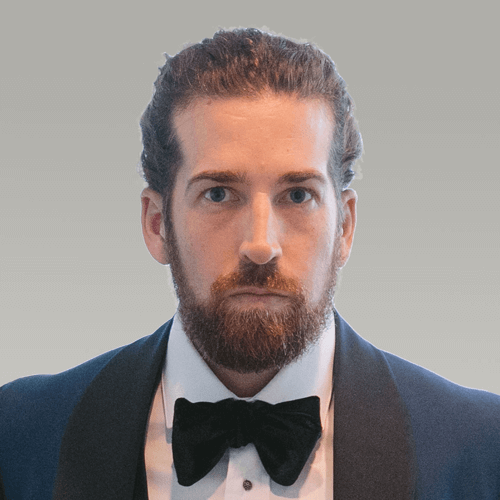 Mr Cardinaels received a Bachelor of Engineering degree in Mining Engineering from the University of Queensland and holds qualifications in Management from the Australian Institute of Management and an Unrestricted Quarry Manager’s certification.

Mr Cardinaels has 20 years of experience in the mining industry with multiple commodities.

Mr Cardinaels began his career in underground gold mining followed by multiple operational and technical services roles in open cut coal in Australia. Prior to joining Perseus, he spent more than 5 years managing a major expansion and production at MMG’s Kinsevere open pit Copper Mine in the Democratic Republic of Congo. 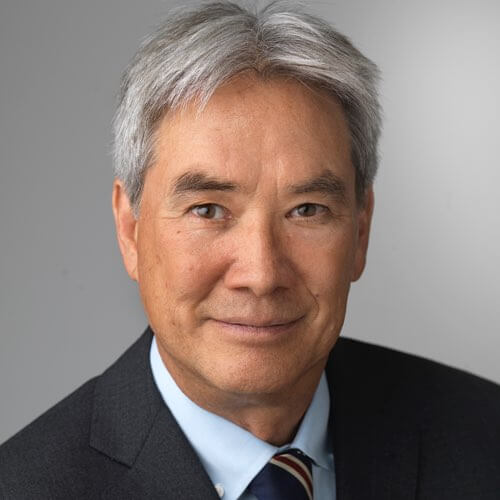 Mr Merlin Thomas took up the role of General Manager at Sissingué in October 2017 and has recently been appointed General Manager of Yaouré, Perseus third Gold Mine (March 2020). He is a mining professional with more than 35 years’ experience in the operation, commissioning, construction and evaluation of mineral projects in gold and base metals across five continents. Prior to joining Perseus Mining he was with First Quantum Minerals for 9 years and Zara Mining for 2 years.

Mr Thomas has a degree in Mineral Processing from the Royal School of Mines, Imperial College, London University, and is a Fellow of the Institute of Materials, Minerals & Mining, a Chartered Engineer (Engineering Council, UK), a European Ingénieur (FEANI), and a Practitioner Member of the Institute of Environmental Management and Assessment. 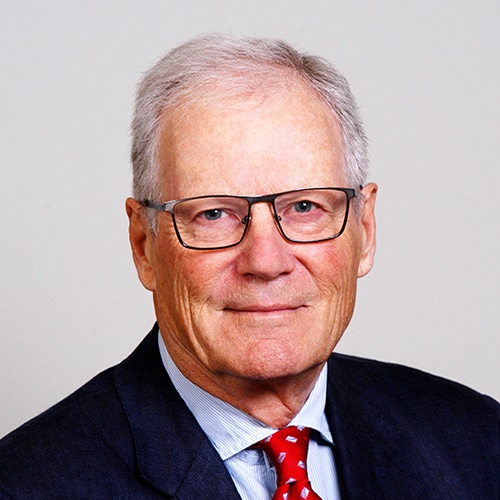 Dr Ransom has more than 45 years of experience within the mining industry in Australia and abroad.  He is a graduate of the University of Sydney (BSc Geology) (Hons) and Australian National University (PhD – Structural Geology).  His earlier experience included roles as a project geologist with the Aberfoyle Group in Australia and Cominco Ltd in Canada.  Dr Ransom also worked as a specialist consultant for 20 years with a clientele including CRA, BHP, Newmont and numerous companies in the microcap sector, specialising in structural geology.

For 17 years, Dr Ransom worked for Acorn Capital Ltd as resource analyst/portfolio manager focusing on the microcap materials and energy sectors.  He is well known and highly regarded in the fund management industry.  He retired from Acorn Capital Ltd in September 2016 but remains a consultant.  Dr Ransom has extensive board experience gained over the past 25 years in small mining and exploration companies. 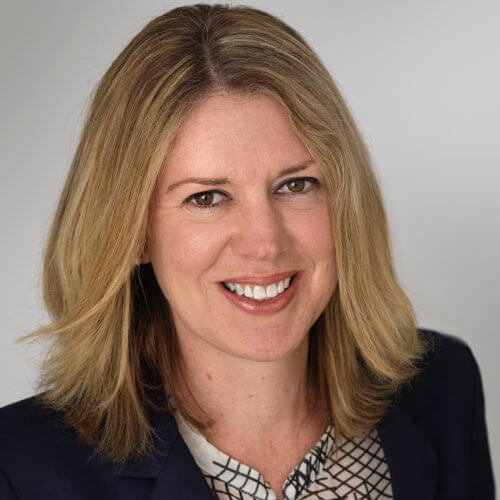 Ms Chantelle De La Haye is a health, safety and environmental specialist with over 20 years’ experience in site-based and corporate roles in the Australian and African mining industries.

Ms De La Haye holds a Bachelor of Engineering (Environmental) degree from the Royal Institute of Technology (RMIT) and a Post-Graduate Diploma in Occupational Health and Safety from Curtin University.

Ms De La Haye has worked for Perseus since 2010 and prior to this she was the Environment Manager at Mineral Deposit Limited’s (MDL) Sabodala Gold Mine where she was responsible for developing and implementing environmental management systems and monitoring programs. Before joining MDL, Chantelle was HSE Manager for Anvil Mining in the DRC, initially based at Anvil’s Kulu Mine and then in a regional role. 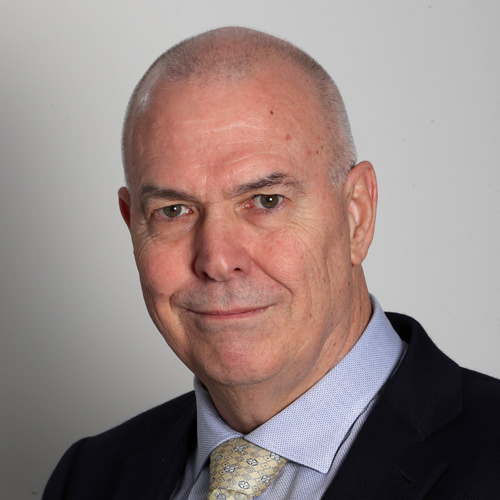 Mr Colin Carson, retired as a Director of the Company at the Annual General Meeting held on 29th November 2019. He has performed the role of Executive Director- Commercial for the last 7 years at Perseus. During his time with Perseus, Mr Carson has accumulated a vast amount of corporate history and knowledge which will not be lost to the Company as he has agreed to continue serving as a part-time consultant for the foreseeable future. Mr Carson has been involved as a director of numerous Australian public companies since the 1980s and has extensive technical, commercial, taxation and mining laws knowledge and experience in West Africa. Mr Carson will continue to oversees joint venture negotiations and corporate and legal matters for Perseus. 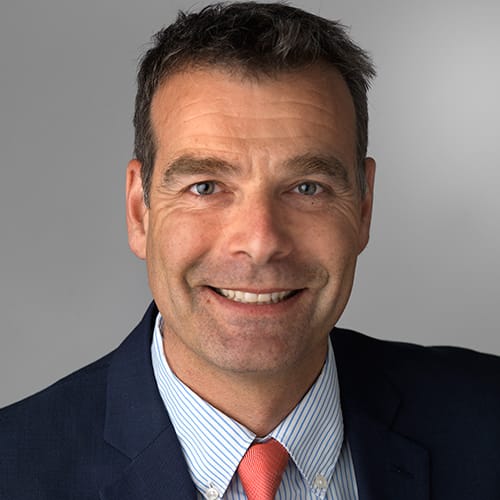 Mr Bosboom has more than 20 years’ experience as a corporate commercial lawyer across various industries and jurisdictions. 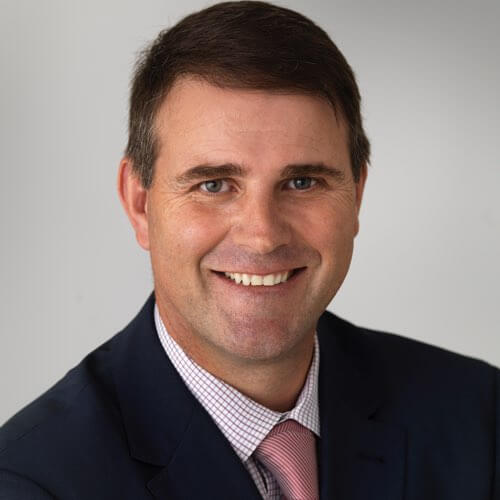 Mr Matthew Scully has built his career in Project Management within the mining sector completing both greenfield and brownfields projects of varying sizes on three continents over the past 15+years. The latest project prior to joining Perseus was the completion of the 100% Evolution Mining owned $180 million Mt Carlton Gold/Silver Project in North Queensland.

Mr Scully has a range of experience in various commodities including Manganese, Nickel, Copper and Gold and has managed projects both for underground and open pit operations.

Mr Scully joined Perseus in December 2016 and completed successfully the development of the Sissingué Project in Northern Côte d’Ivoire. 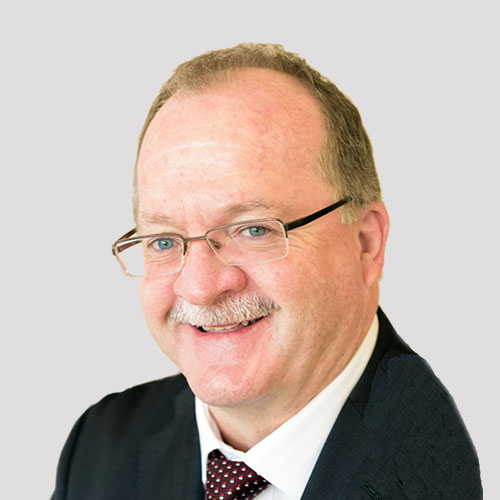 Mr Daniel Lougher’s professional qualifications including a Bachelor of Science (Honours) of Mining Geology, a Graduate Diploma in Engineering (Mining) and a Master of Science (Engineering). Mr Lougher also holds a First Class Mine Manager’s Certificate of Competency (WA) and is a Member of the Australasian Institute of Mining and Metallurgy. 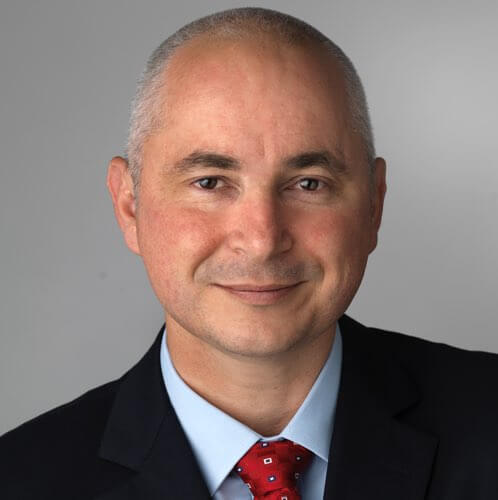 Mr Mark Somlyay was appointed to his current role in November 2018, having spent the previous 4 years based at Perseus’s African operations where he oversaw the financial, supply chain and commercial functions.

Mr Somlyay holds a Bachelor of Commerce degree from the University of Queensland and is a Certified Practicing Accountant (CPA). Prior to joining Perseus, Mark has spent 18 years in senior Finance, Commercial and Business Improvement roles in Australia, Africa and internationally with a range of companies including London Mining, Inmet Mining, Barrick Africa, Oceana Gold and Xstrata. 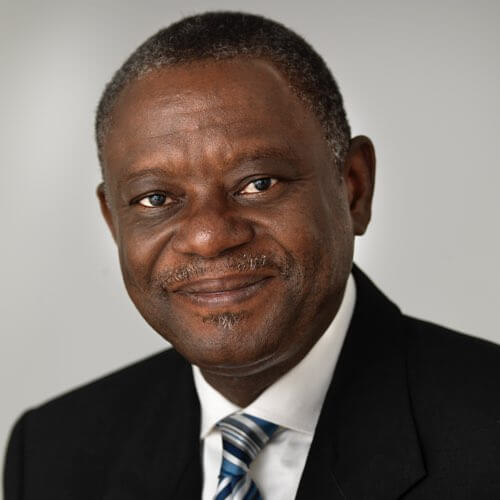 Mr Stephen Kofi Ndede was appointed the General Manager of the Edikan mine of Perseus mining in 2017 after working in the company as the Mining Operations manager for 2 years. Before joining Perseus Mr Ndede was the Business Improvement Manager of Golden Star Resources.

Mr Ndede has over 30 years’ experience in mine planning and operations and over the years has worked for Anglogold Ashanti, RandGold Resources and other companies in West-Africa. Mr Ndede has a track record of turning around distressed companies to profitable entities and was instrumental in turning around the fortunes of Iduapriem mine around in the early 2000s into a profitable mine. 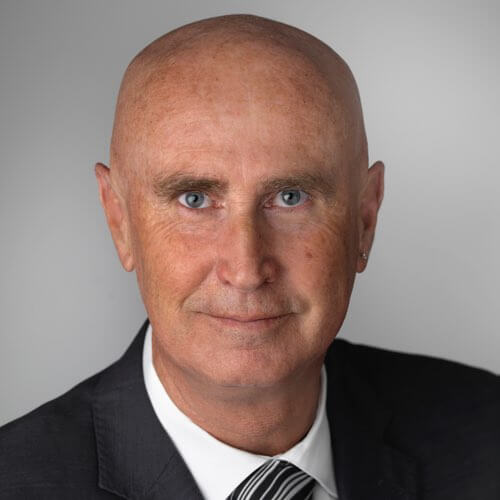 Mr Michael Beck has joined Perseus with effect from 1 July 2018 and has over 25 years’ experience in the mining and resource sector across a broad range of commodities. He has recently worked on international greenfield projects in Central Asia, West Africa and Europe.

Mr Beck has considerable operations experience through his involvement with such companies as Rio Tinto, BHP Billiton, Minara Resources and Shandong Iron and Steel Group. 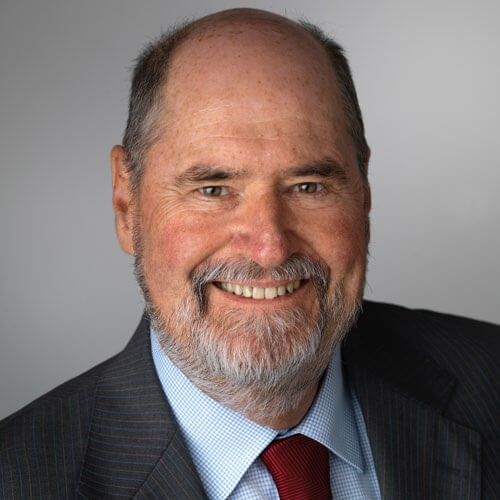 Dr Douglas Jones is a geologist with over 40 years of international exploration, exploration management and consulting experience in the mining industry. Dr Jones is a member of AusIMM (CP, Geo), AIG and SEG.

Between 2007 and 2014 Dr Jones served variously as Technical and Managing Director of Liontown Resources and Chalice Gold Mines responsible for exploration projects in Australia, Canada and Eritrea, the latter including the completion of exploration and feasibility studies on the Zara Gold Project before its sale to Chinese interests. Prior to that Dr Jones served for five years as Vice President Exploration for Golden Star Resources, responsible for their exploration activities in West Africa and South America. Earlier in his career Dr Jones served in senior exploration roles at Delta Gold Limited, Golden Shamrock Mines and Pancontinental Mining, where he was instrumental in the discovery of the Siguiri Gold Project in Guinea. 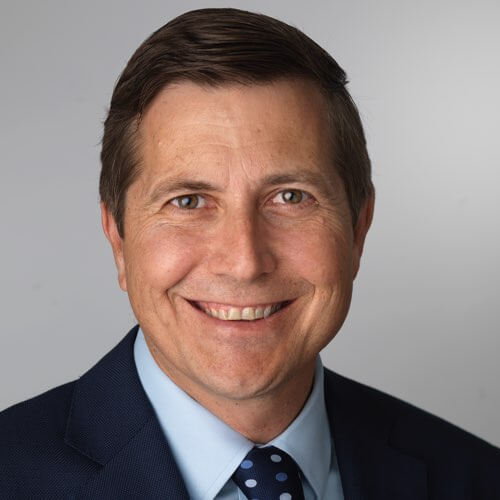 Mr Andrew Grove is a senior Mining and Finance Executive with extensive experience and knowledge covering a diverse range of commodities and geographies and has an established track record of achieving results, identifying opportunities, structuring and executing transactions, establishing and maintaining networks as well as managing risk and developing teams.

Mr Grove has 28 years of experience including; 14 years with the Mining Finance Division of Macquarie Bank Limited where he held the position of Division Director prior to joining Perseus in September 2018.

Mr Grove holds a BEng (Geology) from the WA School of Mines and a Masters in Mineral Economics from Macquarie University. 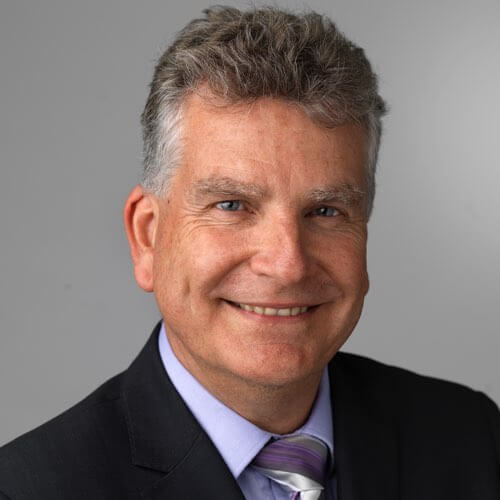 Mr Thompson has an Honours B.Sc. degree in Physical Geography and Geology and a M.Sc. in Engineering Geology.

Since joining Perseus, Mr Thompson has led the completion of the Sissingué and Yaouré Feasibility Studies and he and his team have been integral in achieving stability and predictability of production at Edikan Ghana. 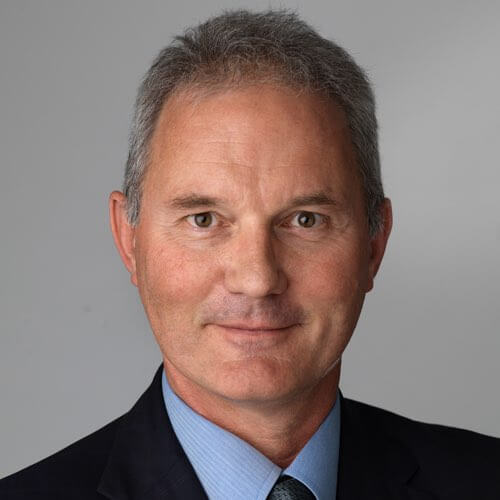 Mr Chris Woodall was appointed Chief Operating Officer in September 2016. Mr Woodall received a Bachelor of Engineering degree in Mining Engineering from the Western Australian School of Mines and holds a degree in Surveying from the University of South Australia.

Mr Woodall has over 30 years of experience in the mineral sector with a strong emphasis on underground and open pit mining. Throughout his career, Mr Woodall has been recognized for his successes in extending mine life by improving operational efficiencies and for making fundamental safety, continuous improvement and cultural changes.

Mr Woodall began his career in Gold Mining in Tennent Creek, Australia in 1985 and he has held several management positions with the Renison Tin Mine, Henty Gold Mine in Tasmania, the CSA Copper Mine in New South Wales, Australia, as well as Barrick Gold and Goldcorp in Canada. 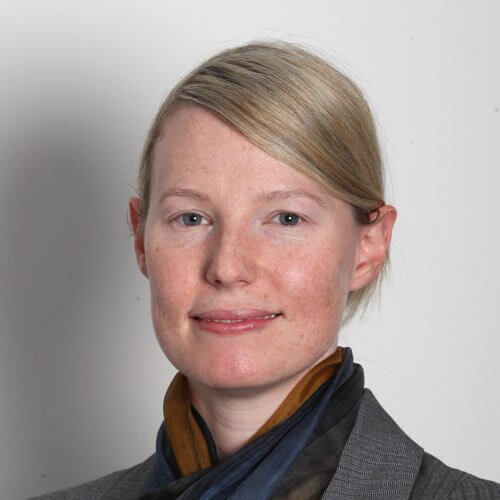 Ms Elissa Brown was appointed Perseus Mining’s Chief Financial Officer in January 2013, having been with the company since 2010.

Ms Brown is a Chartered Accountant (ICAA) with a Bachelor of Commerce (BComm) from Curtin University and has over 16 years of experience in a range of financial roles with Australian and International companies.

With over 12 years’ experience in the resources sector, Ms Brown has held roles with various companies involved with gold, base metals and oil & gas mining in Australia and internationally. 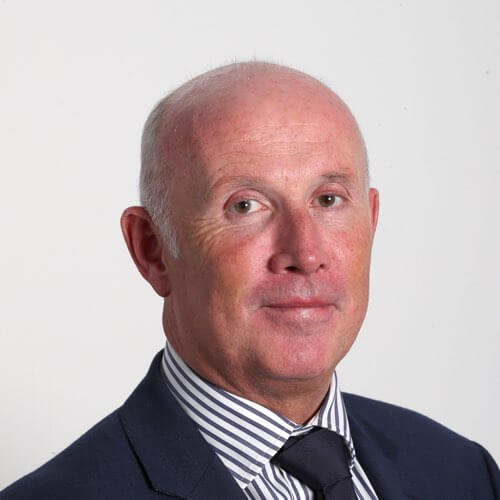 Mr John McGloin is the former Chairman and CEO of Amara Mining and joined Perseus in April 2016, following the scheme of arrangement between Amara Mining and its shareholders becoming effective.

Mr McGloin is a geologist and graduate of Camborne School of Mines, Mr McGloin worked in the mining industry in Africa before moving into consultancy. He joined Arbuthnot Banking Group following four years as a mining analyst at Evolution Securities. Mr. McGloin is the former Head of Mining at Collins Stewart. 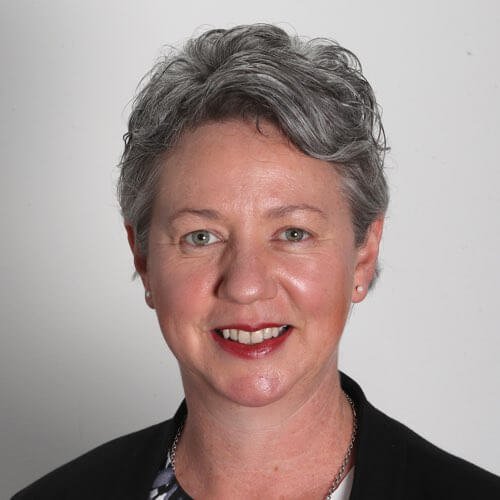 Ms Sally-Anne Layman was appointed to the role of Non-Executive Director of Perseus in September 2017.

Ms Layman, who holds both a Bachelor of Commerce (Accounting) and a Bachelor of Engineering in Mining (Hons) is also Chairperson of Perseus’ Audit and Risk Committee and a member of its Remuneration Committee.

Ms Layman is a Non-Executive Director and Chairman of the Audit and Risk Committee for listed mining technology company, Imdex Limited, and a Non-Executive Director of West Australian-focused gold miner, Gascoyne Resources Limited. Before retiring from executive roles in 2016, Ms. Layman spent 15 years working for the leading Australian investment Bank Macquarie Limited, with her most recent role being Division Director and Joint Head of the Perth office for the Metals, Mining and Agriculture Division. 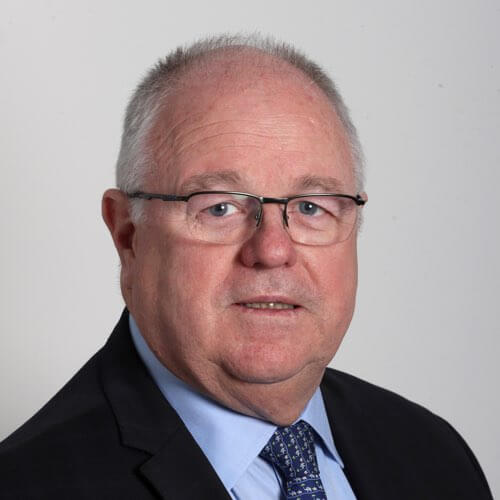 Mr Jeff Quartermaine has more than 25 years’ experience in senior financial and strategic management roles with ASX and TSX-listed resources companies. Mr Quartermaine is a Certified Practising Accountant (CPA) who holds both business management (MBA) and engineering qualifications (BE).

As Perseus’ Chief Financial Officer from 2010 to 2013, Mr Quartermaine was a significant contributor to the team advancing Perseus’s Edikan Gold Project in Ghana to production, and preparing the Sissingué Gold Project, Côte d’Ivoire, for a development decision.